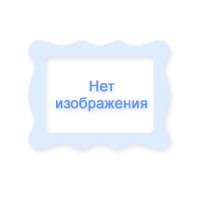 The plan of the Discussion of the Text

The text may present:

-        a description (of nature, of some historic event, of surroundings, of a humorous episode);

-        a piece of criticism; a satirical portrayal of society;

-        a piece of character-drawing (of portraiture, a psychological portrayal of some personages);

Here often than not the text presents several components. Name all of them. (For example, Several forms of presentation interrelate in this text ).

If it is done in the first person, mention whether the narrator is his own protagonist (the chief character of the story) or he may focus on another.

If it is done in the third person, the narrator focuses on some other character of whom he may have direct knowledge but acts as an observer.

The narrator may have no direct relation to the person he speaks about, he may not be present at all, he may be entirely anonymous.

The plot is a sequence of events in which the characters are involved. The theme and the idea revealed.

The theme (or the subject) is the matter of a literary work to be dealt with, the represented aspect of life.

The idea of a literary work is the underlying thought and emotional attitude transmitted to the reader by the whole structure of the text.

The plot may be eventless or very rich in events. Events are made of episodes, episodes, in their turn, of smaller action details.

The account of events may be detached, unemotional or passionate.

The plot may consist of:

An extract of a literary work (or a story) may have all of the above mentioned elements of the plot or it may not contain all of them and their sequence in the text may vary.

Speak on the plot of the story (beginning, development, end), say in what order the elements of the plot follow (exposition, story, climax, denouement).

It may be dry, matter-of-fact, dramatic, lyrical, pathetic (touching), elated, passionate, unemotional, serious, mocking, ironical, satirical, cheerful or gloomy, bitter, tense and nervous or light. How is it revealed? What stylistic devices are employed to this end?

Is their characterization direct, indirect or mixed? Prove it. To what stylistic devices does the author resort in character drawing? Comment on their choice and purpose.